Looking for a smartphone at around 25000 Rs, but unable to decide which one to buy. So here is the list of top phones under 25000 Rs which are available in India. These smartphones are picked while keeping in mind various questions like, which phone has the best performance, which smartphone has the best camera, which phone have the latest android version and which mobile phone comes best build quality, looks and after sale service. So that you can buy the best value for money.

Lg nexus 5x, there is no doubt that it’s a great smartphone. Yes there are some cons, but these cons are nothing as compared to what the Lg nexus 5x offers at this price point.The Lg nexus 5x offers a great performance due to snapdragon 808 along with Adreno 418 GPU it is capable of running almost any game of app easily. The ram is just 2GB which is less but considering Lg nexus 5x is running stock android 6.0 marshmallow which is a very light and optimized version of android, so there will not be any issue. The built quality is great and the design is also very good, the speakers are front facing and the fingerprint sensor is placed at the back of the device, which is easily reachable. The fingerprint sensor works awesome it also support usb type c with fast charging which is great. Coming to camera 12.3 MP camera is great it takes great stills and can record video at 4K, the low light performance is just great as compared to other devices.

Oneplus 2 is the best selling smartphone in this price range. It comes with the the snapdragon 810 and paired with 4GB ram it can handle anything from hardcore gaming to heavy multitasking. The build quality is great which looks good and feels durable. The camera quality is good, this result pics with ample details and with good colours and contrast.  The 5.5 inch display of Oneplus is full HD which is great for media consumption. And now the Oneplus 2 is available without invite which is great.

Yu yutopia is overall a very good package. It comes with a good-looking and premium design with good build quality. Yu yutopia packs one of fastest smartphone processor available in the market paired with 4GB ddr4 ram and  Adreno 430 GPU, it can handle any app or game easily. The screen is very good with good viewing angles and colours and 5.2 inch is a perfect for one handed usage and enjoying multimedia content. The camera quality of Yu yutopia is very good, the photos are crisp with good colours and dynamic range, low light pics are also good enough. Yu yutopia camera also supports 4K and slow motion video recording and OIS makes these videos less shaky and better. The 8 MP camera is also good and it also supports Full HD video recording. Cyanogen OS 12.1 makes yutopia an overall better device by adding a tons of customization and functionality. It supports 4G LTE, dual sim functionality and micro sd card support which is great to have on a smartphone with 4K video recording capabilities as internal storage runs out within few minutes. Over all the Yu yutopia is a great bang for buck device under 24999 INR specially for those who wants  a smartphone with screen size less than 5.5 inch.

Huawei honor 7 is definitely a great device. It feels premium and looks great in hands. The processor is also good and paired with Mali-T628 MP4 GPU and 3GB of ram, multitasking and gaming is great. The camera quality is also great, both the front and rear cameras are able to take great pics. The rear camera can’t record 4K and slow motion videos but it’s not a major drawback at this price point. It also lacks USB type-c support. I you want these features then the Oneplus 2 will be a better device for you. The honor 7 also comes with a Fingerprint sensor along with NFC which is great. Overall if You are looking for a great device at around 25K INR or 350 USD then the honor 7 can be a great device for you.

Smartphones with best display under 25000 RS

Hope this will let you pick the best phones under 25000 RS as per your requirement to get the most value out of your smartphone. 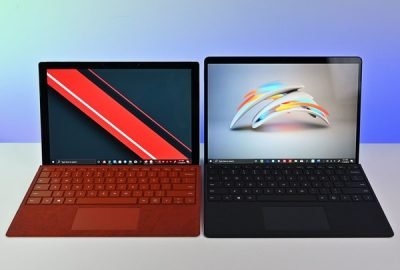