Hey guys, this is Austin. Inside this box is either one of the best laptop deals that I’ve ever seen, or something that youshould avoid at all costs. So, you may remember video I did last year on the Walmart gaming laptop. It was a decent laptop with some issues. However, there was a huge backlash and it got severely slashed in price. Now, this time around, Walmart’s like, “Oh no, that’s fine,everyone forgot about that.” So, they’ve created theirown brand of gaming laptops called Motile, Motile, mottle? (beeps) So, if you take a look at the specs, there’s a lot going for this. But what really makes it interesting is the price.

So, when this launched,it came out at $500. Not bad, but also not particularly great. However, recently, this is available for $300, which is a pretty excellent deal, except that a few days later, when I purchased it, it was $400. So, I dunno exactly howto review this thing. If it’s a $200 laptop,it’s amazing, it’s great. $300, it’s awesome. At $600 or $500 though, it’s a little bit harder to say. What I’m really curious about is what exactly have they done this time around? Because there’s a lot of stuff which looks very cool on this. So, you can see, Motile is a trademark of Walmart Apollo, which I’m not sure exactly what Apollo is, but this is definitely a Walmart-specific brand. What was the last one, Overpowered is what they called their gaming laptops? So I guess they’ve, OP, yeah, of course. So, now they’ve moved onto Motile. So, it’s got a decent power brick. It does have an old school barrel plug, but whatever, that’s not important. What I’m curious about is the laptop, which is immediately very thin.

So, they advertise this as a performance laptop. And with the Ryzen inside, it is actually suppose dlya pretty powerful laptop, given that they spec it out right. There are a lot of things you can do here, which will negatively impact for performance. It seems like it’s got a decent selection of ports at least, USB-C, USB-A, HDMI. We’ve got another couple of USB ports, as well as Ethernet. All right, that’s cool. Oh, oh that’s, (laughs) in case you’re curious,(laughing) it comes with THX. You know what, it actually looks pretty unique though. I mean, I actually like the black surround. It also does have a Windows Hello IR camera. The keyboard, it looks nice, let’s see. (keys clacking) Oh, that’s not bad. It’s a little bit low travel, but something that’s really jumping out to me is this feels incredibly lightweight. Supposedly, this is also a back lit keyboard. So far, even at the $400 I spent on it, I’m actually really happy with this. There we go. All right, see what’s inside our Walmart mystery laptop. Wow, that is, that’s metal (clanging) Oh, what, there’s a few things that jump out to me. First of all, is the fact that we do have an M.2 drive, although actually, is that? That might be SATA.

I’m not sure if that’s SATA. No, that is SATA. Okay, so we have a 256 gig SATA drive, fine. It is nice that we have a secondary M.2 slot, but beyond that, there’s some really questionable decisions. First of all, there’s this huge gap here, which seems like it’s meant for something like an SSD or another hard drive, but it’s empty. There’s no port to actually plug it in, which is bizarre. The cooling seems to be may be not the greatest, just a single heat pipe to what looks to be a fairly small fan. But the bigger problem is if I lift up this little flap, you’ll see that there’s only a single eight gig DIMM here. I just realized something. So, we have our eight gigs of RAM right here, perfectly fine, no problem. But if you wanna install more memory in dual-channel, which as it’s a Ryzen system,you should absolutely do, the SSD’s in the way. So, you actually can’t run dual-channel memory and dual SSDs. You have to pick one or the other. I’m actually gonna double check this, but if I uninstall our standard SSD.

These are the world’s cheapest screws. They’re all stripping. Well,I would love to be able to pull that SSD out and show you, but I think the idea is that if you wanna upgrade this, you need to take advantage of an NVMe SSD on this side and put in extra RAM. That’s, I’ve never seen something like this. That’s such a dumb decision, ’cause there’s no way the extra channel of memory would fit there. – [Ken] So, I found something on this laptop. – What do you mean, you found something? – [Ken] So, try to change the wallpaper on it. – Okay, Windows isn’t activated. Are you, are you serious right now? You’re trying to tell me that Walmart is selling a laptop without a real copy of Windows on it? I refuse to believe that. No, that’s not, that’s not a real thing. Detecting activation problems. Wait, wait, wait, you might just be wrong, Ken. It might just activate. What’s the problem, huh? What’s the problem? We’ve activated, see,you got me all excited. You’re like, “Oh, it’s not real,” and then it just, it was one click. That being said, it is very strange that that was not done out of the box.

However, Windows is fine. We’ve also got eight gigs of single-channel, 2400 megahertz memory, which as I’ve already discussed, is pretty much the absolute bare minimum, especially with a Ryzen. Not only does that make a difference to the graphics, obviously, you’re almost halving your performance there, but it also slows down the CPU. Generally speaking, Ryzen definitely needs dual-channel memory and the fastest stuff you can get. So, if we were willing to kinda reorder that SSD, move it over, or get a NV Me drive, bump this up to 16 gigs of fast memory, would cause a huge, huge bump to performance. I’ll say having Windows Hello for facial recognition is a big plus. The keyboard, I think, is fine, especially considering that it’s back lit. Let’s try that THX action. We have our spatial audio demo. So, they’re saying that spatial audio is better, but I think the spatial audio is just purely an app running.

Yeah, it’s just headphones. So, there’s this thing called bass. It exists, and it makes things sound cool when they’re actually not. I know they’re very happy to put THX branding this. I’m sure they’re very happy to say that the display was tuned by THX. I don’t think that matters whatsoever. I’m gonna move on with the rest of this wonderful laptop. So, while I get a couple of things installing on the Motile, let me introduce you to the best competitor to this, the Acer Aspire 5. Now, this is something that we did a video on last year, and there’s a lot going for it, and it’s actually fairly similar in a lot of categories. So, at about $330, you’re getting Ryzen 3, four gigs of RAM, and a 128 gig SSD. Now, that might sound like a little bit less powerful, however, actually, Walmartsells a version of the motile with that almost exact same spec. And right now, they’reselling it for $349. So, it’s broadly sort of similar.

And there are actually, obviously, a lot of advantages to going with the Acer, but all that being said, as many problems as I found with this Walmart laptop, there were definitely some things which are very much a redeeming quality. First of all, the screen. Yes, I know, the tuned by THX thing is kind of overrated, and no, it’s not the greatest screen I’ve ever seen. It’s 14 inches, 1080p,it’s a matte finish. It gets reasonably bright. Honestly, for this three to $400 price category, I have zero complaints. It’s actually really nice. Now, if you were to spec the Acer to the same degree as the Walmart laptop, it actually becomes a pretty decent deal. So, we’re talking Ryzen5, eight gigs of RAM, and a 256 gig SSD costs you $500 on the Acer side. Not unreasonable, considering this is significantly cheaper at the moment and has bee na lot cheaper in the past, it actually starts to look pretty good. I mean, again, that screen is great, and a lot of the hardware actually feels, to me, even though it’s not incredibly well built, it almost reminds me slightly of the LG Gram in that is a very lightweight laptop that’s kind of surprising. I don’t know what to say here ’cause I’m torn.

On one hand, it’s from a company which Walmart may or may not decide to dissolve in like 30 seconds. It also has some legitimately poor decisions, I would say, in its configuration. But, if you were to say, pick this laptop up from cheap, swap out the RAM and add an SSD, an M.2 SSD as opposed to the one that’s inside, move things around,you actually would have what I think is pretty solid system. And especially considering that this thing will ping pong between three and $500, if you get it toward that$300 side of the spectrum, it’s actually a legitimately good deal. – [Ken] And most importantly, no bloatware. – I, personally, much prefer the sort of fit and (coughs) I prefer, (exhaling) I prefer the fit and finish of the Walmart laptop. I will say one thing though, I nearly stripped two screws while trying to open this up and replace the SSD, which does not fill me with confidence on the fact that while you should upgrade it, you actually would be able to. So, it’s a little bit of a hard sell.

But generally speaking, it’s not bad. I thought I was gonna tear this thing apart. I thought it was gonna be terrible. This is actually a legitimately pretty decent laptop. Is the fan running at 100% as I install Fortnight right now, fort right, right now, Fortnight right now? Yes it is. Am I going to continue the video as if I didn’t accidentally say the wrong thing? Yes, I am going to do that. This is not great. Okay so, this is why you want dual-channel memory in your laptop. So, even at 720p medium, we’re struggling. We’re hitting 30, but it’s a very jittery 30. Look man, there’s a lotto like with this laptop, but if you buy it, you should not use it as it is right now. You should upgrade the RAM for sure, and realistically, you probably want an M.2 SSD to fill up that second slot, ’cause the way they’ve configured it, it just doesn’t make a lot of sense. If you’re not gaming, it’s fine, but what Walmart has done with this, is they’re absolutely taking a standard white label laptop chassis, they’re customizing a little bit, and they’re selling itunder their Motile brand. Now, do you trust that Walmart will continue to make this laptop and support it, maybe?

If you get it for a great price, I do think that this is a no-brainer, but the problem is, is whether or not you trust that this company’seven going to be around and whether this laptop will continue to hold up. It’s cool, it’s interesting, it’s different, and it could be a great price, or they might double the price tomorrow, so it’s kinda hard to recommend. However, I’m curious, what do you guys think about the Walmart laptop? Let me know in the comments below. I will have a link to it, if I can find it, in the description, if they haven’t discontinued it by the time this video goes live, which will be not good, I guess. I’d probably have to make a new video after that

Previous Article Motorola Edge Plus Review Hands-On: Back In The Game
Next Article Choose Your Diet Meal Plan For Quick Weight Loss 1000, 1200 Calorie 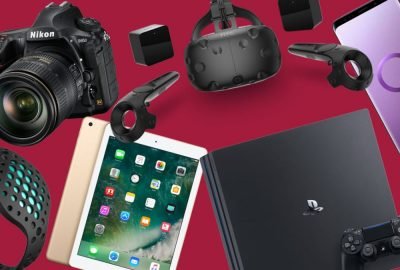 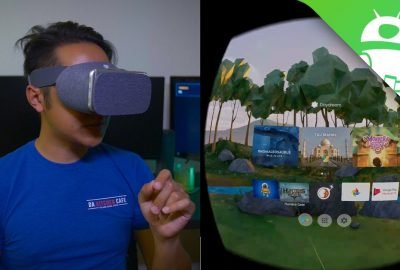 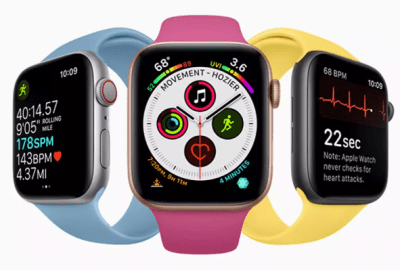 Whats up guys, today I have …